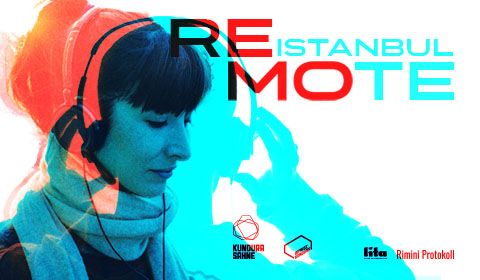 İstanbul is both the stage and the main character of this play.

Remote İstanbul, which takes you on an extraordinary city journey in Kadıköy with the voice and lead of artificial intelligence İpek, is in İstanbul for the third time with the production of Kundura Sahne and Lita House of Production.

Remote Istanbul is the Istanbul adaptation of the performance named “Remote X”, designed by Rimini Protokoll – the avant-garde German group of documentary theatre. The performance, which is specifically created for the metropolitan areas in the world and staged in more than 50 cities such as Berlin, Milan, Moscow and Taipei, turns the city into a stage and also makes it the main character of the play. The play, which strengthens our bond with the city both visually and audibly, invites us to perceive our relationship with İstanbul from a different perspective and to create a new momentum by comprehending it.