PerformLab is an international, interdisciplinary programme for concept and practice development in performance, designed by Kundura Stage in collaboration with Ayşe Draz and Pelin Başaran. PerformLab aims to provide new perspectives to artists from a wide range of disciplines with an interest in performance and interdisciplinary work. The first workshop of PerformLab is organized in partnership with Productiehuis Theater Rotterdam; a research and development institution for young artists from the Netherlands, with the support of Dutch Performing Arts. The workshop aims to bring together artists from Turkey and the Netherlands to plant the first seeds of possible collaborations and lay foundations for sustainable artistic dialogue between the two countries.

Cherish Menzo, Benjamin Kahn, Khadija El Kharraz Alami, Samara Hersch from the Netherlands and 10 artists from Turkey, to be selected from an open call, will attend the 7-day workshop held in İstanbul at Beykoz Kundura between the dates of 29 May – 6 June. Artists will come together to share their artistic practices and research processes. They will also support each other in developing their methods and ideas.

The open call will be open to artists based in Turkey who are interested in and have experience of working with performance.

Artists Selected to Attend the workshop

Application time is over! 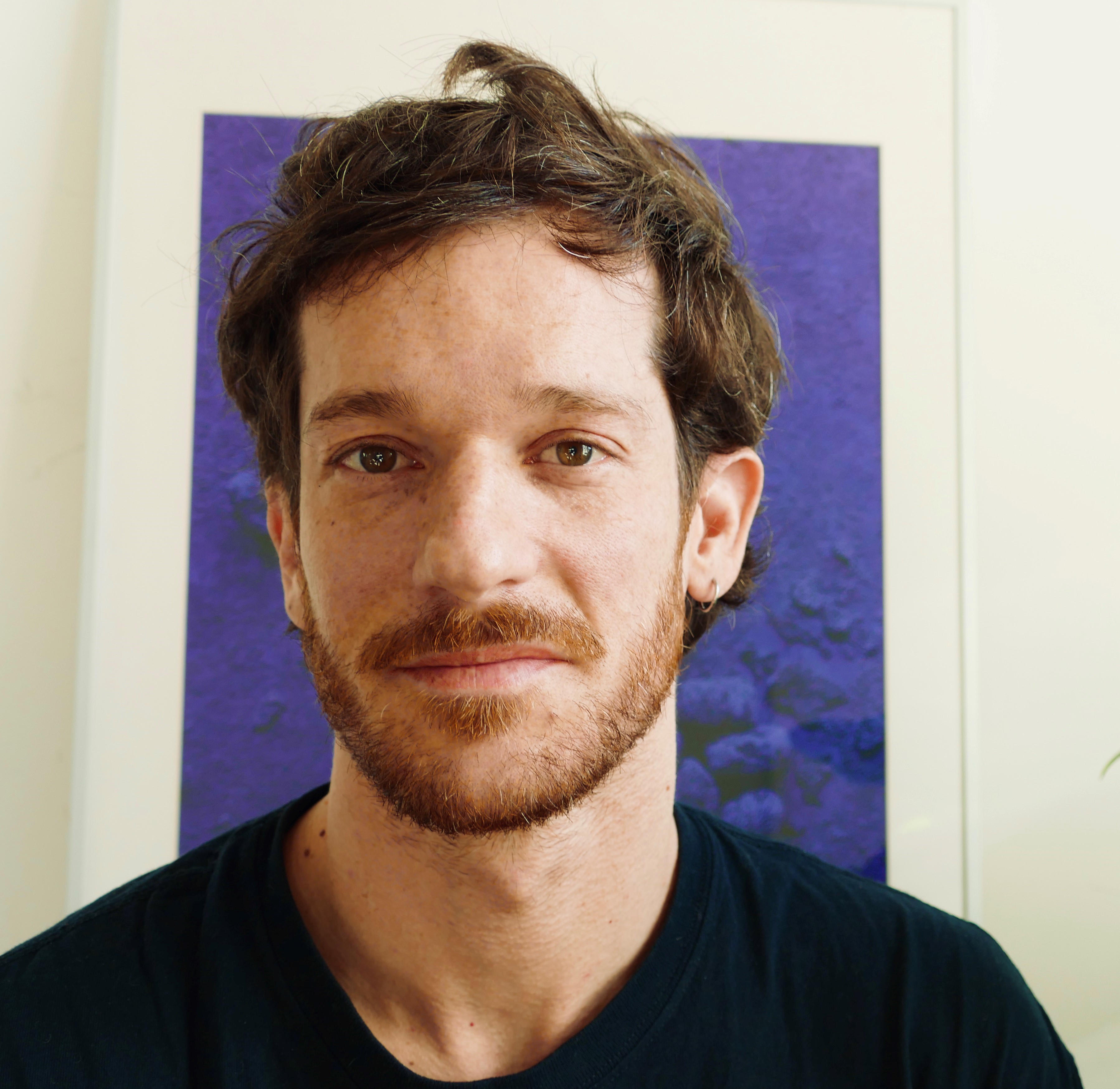 Benjamin Kahn is a dancer and choreographer. He studied dramaturgy and theater at the University of Aix en Provence and at the Rennes Conservatory. In 2007 he graduated from the ESAC (Ecole Supérieure des Arts du Cirque) in Belgium. After his studies, he notably worked with choreographers Philippe Saire, Benjamin Vandewalles, Nicole Beutler, Ben Riepe, Frédéric Flamand, Maud Le Pladec, Egle Budvytyte, and Alessandro Sciaronni. He considers dance and choreography as powerful political tools and is particularly interested in the construction and deconstruction of the way we look at individual and collective bodies. Since 2015 he Teaching dance and circus techcnic at Nationales shooch in ESAC in Belgium and CNAC in France. He work as artistique and chorégraphique advaseur. 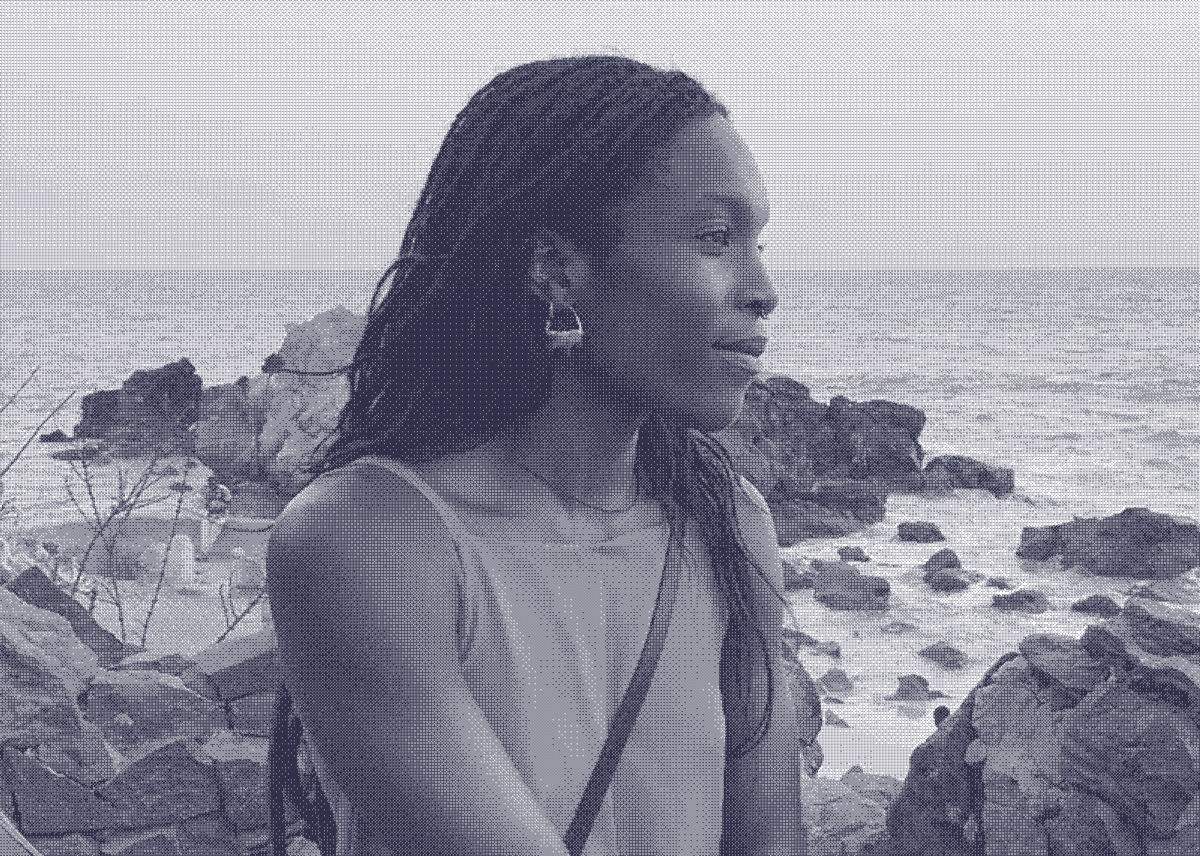 Cherish Menzo (° 1988, The Netherlands) graduated in 2013 from The Urban Contemporary (Jazz Musical Dans) at the "Hogeschool voor de Kunsten" in Amsterdam. After graduating, she danced in various productions by different choreographers such as Eszter Salamon, Akram Khan, Leo Lerus, Hanzel Nezza, Benjamin Kahn, Olivier Dubois, Ula Sickle, Lisbeth Gruwez, Jan Martens and Nicole Beutler.   The last 5 years she has been creating her own work. In 2016, together with Nicole Geertuida, she created EFES, an exhaustive duet in which perfection and fallibility raise intriguing questions in how we prefer to see people. Menzo then made LIVE, a cross between a dance performance and a pop/rock concert in collaboration with musician Müşfik Can Müftüoğlu. In 2019 she created JEZEBEL, a dance performance inspired by the phenomenon Video Vixen from the hip-hop clips of the late 90s. The show JEZEBEL takes us on a slow-down and deconstructed video clip with a video vixen center stage. She is mainly interested in the transformation of the body on stage and in the “embodiment” of different physical images. Images that seem recognizable at first glance, but subsequently highlighting the complexity and contradiction questioning the apparent norm. 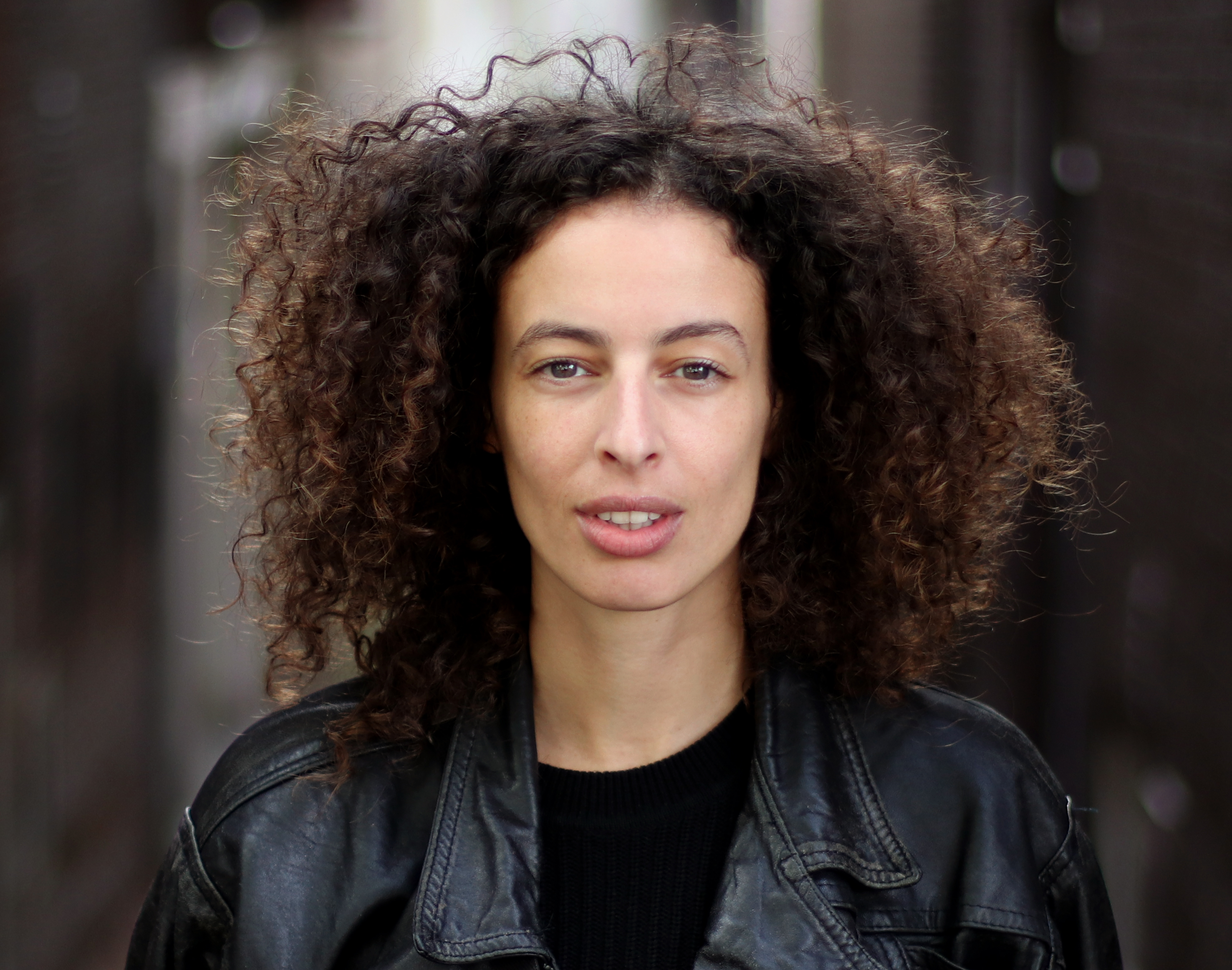 02-12-1987 born and raised in Amsterdam Graduated in 2014 from the HKU, school of arts in Utrecht. Bachelor in acting. Performance artist, theatre maker, actress, writer. Khadija draws inspiration from life events, relationships and people from her personal life. In her work she portrays the human in search of identity and it's victorious failure. She researches how humans face the unknown while seeking for the Self, love and solitude. In her working process she starts from a fascination, which during the creation process is continuously questioned. This is why the outcome keeps on transforming. As a performer she received amazing reviews and prizes for a lot of her work, especially for her solo performance 'NU BEN IK MEDEA', which she made together with production company Theater Rotterdam and Luk Perceval. She performed for the National Theater The Hague, with Theatre National de Strasbourg and the Thalia theater in Hamburg. Currently she's working on her research performance, 'Re-claiming Space'. Re-claiming Space is an exploration of the space of womanhood and how to transcend it. In this performance, Khadija manifests womanly beauty, vulnerability, unheard voices, physicality, and neglected feminine perspectives. With 'Re-claiming Space' she's working towards her own adaptation of Virginia Woolf's 'The Waves', which will premiere spring 2022'. 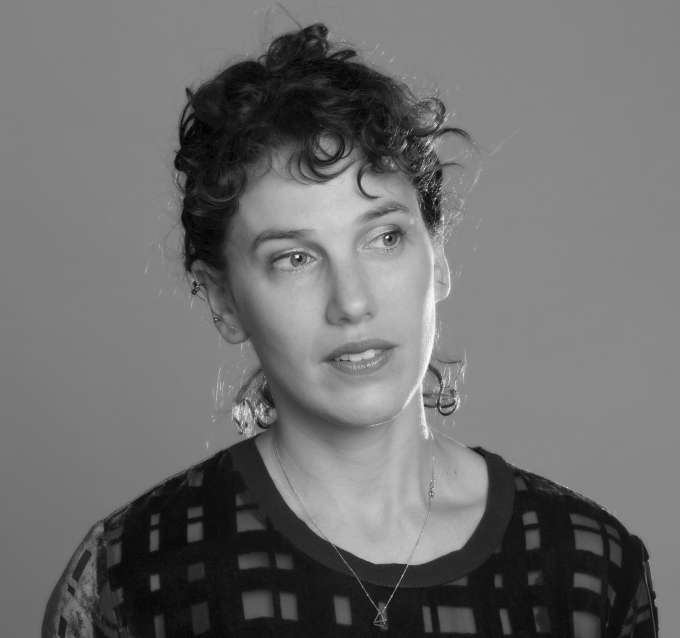 Samara Hersch is a theatre maker, director and teaching artist whose practice explores the intersection of contemporary performance and community engagement. She recently completed her Masters at Das Theatre in Amsterdam. She has an interest in inter-generational discourse and non-hierarchical forms of knowledge sharing. Her recent work, We All Know What’s Happening, made together with Lara Thoms and 7 children from Melbourne, was the recipient of the ZKB Patronage Prize and the Audience Prize at Zürcher Theater Spektakel in 2019 as well as the Green Room Award for Best Contemporary and Experimental Performance in Melbourne.Her recent project Body of Knowledge invites teenagers from around the world to phone into the theatre to have conversations with the adult audience, in order to spark intergenerational and intercontinental exchange around critical issues affecting future generations. Body of Knowledge has toured extensively, including workshop residencies in Hong Kong, Nyon and Singapore in 2020. Her most recent work For the Time Being played at the Auawirleben Festival in Bern and at Münchner Kammerspiele in 2020. Samara was mentored by Bruce Gladwin, from the award winning theatre company, Back to Back Theatre Co. through the JUMP National Mentorship Program and later worked as a show director on their production of Super Discount (Sydney Theatre Co. and Malthouse Theatre 2013).

Pelin Basaran / Performing Arts Curator and Producer
She is currently working as programme manager at Contact, Manchester. She was part of the founding team and senior producer at garajistanbul contemporary performing arts venue in Istanbul. She  founded and worked as director of PARC which supported artistic research, production and the presentation of contemporary performance in Turkey. She also founded and has been working as the researcher and co-director of the project “Siyah Bant-Freedom of Expression in the Arts” in Turkey.

Ayşe Draz / Artist
Continues her artistic practice and research in performance. Completed her BSSP in Theatre, Comparative Literature and International Studies at Northwestern University, and her MA in Performing Arts at Middlesex University, after spending a year in Bard College, Berlin. Worked with the Studio Players as an instructor, performer and assistant director in many projects. Collaborated as a dramaturg with Ayşe Orhon (Hava/2010) and Gizem Bilgen (Hiatus/2014), and as a performer and an assistant director with Semih Fırıncıoğlu. (TWO/2017) Designed and conducted the Dramaturgy Lab 1.0 (Aksanat/2017) in Istanbul in collaboration with Anne-Marije Van Den Bersselaar from the Netherlands. Conceived and directed the performative installation “Once I set foot outside” (2018) and “panorama radio” (2019) in collaboration with the German artist Marlin de Haan. Since 2006 she has been collaborating with :mentalKLINIK in different phases of their works (research, production, etc.) In 2018 she co-founded the theatre company Theatre Hemhâl with Hakan Emre Ünal and Nezaket Erden, She is a member of TEB (Turkish Theatre Critic’s Association) and the performing arts editor of Art Unlimited magazine.

Melih Gencboyaci/ Artist, Curator, and Hatha Yoga teacher
Melih Gencboyaci is an artist, curator, and Hatha Yoga teacher. He studied acting at Dokuz Eylul University in Turkey. Later, he studied at the Mime department of Academy of Dance and Theatre in the Netherlands receiving a special scholarship. After his graduation he founded two collectives: Schwalbe and Copycats. In 2017 he took a break from working in performing arts and became a Hatha Yoga teacher. Later on, he finished his master’s degree at Das Theatre’s Extended Curation program. His curatorial research is focused on creating alternative realities to challenge the existing political structures by creating new rituals. In relation to this he established ‘the Embassy series.’ He worked as an Art Adviser to the Performing Arts Fund NL and Lahey Municipality Cultural projects. While continuing his own curatorial practice, since the last two years he has been working as the Artistic Developer for Productiehuis Theater Rotterdam that is the research and development branch of Theater Rotterdam supporting young artists.

S.Buse Yildirim / Managing Artistic Director – Filmmaker based in Istanbul
As she has always been interested in fine art practise, creative industry and different cultures, she has firstly got her foundation degree in art and design in Brighton, UK. While getting more involved in contemporary art practice, she delved more into the theory of art and pursued BA degree in History of Art at Goldsmiths University of London. After she worked in various exhibition projects, her interest profoundly in film and video practice encouraged her to pursue a second degree in documentary filmmaking at ESEC, Paris. She has been playing an essential role during the construction of artistic and cultural identity of Beykoz Kundura that she is dreaming about since 2011. Today she is in charge of artistic & cultural management of Kundura Stage and Cinema in Beykoz Kundura. Impressed by the rich history of the factory, she also initiated the oral history and visual archive project Kundura Hafıza, which is turning into an upcoming documentation/memory centre today. In the meantime, Buse is creating her own audio-visual projects and helping other artists produce works under Lita, a house of production that she founded. As she has recently done MA degree on Visual and Media Anthropology at Freie Universität in Berlin,  she is shaping her art practice more on ethnographic methods.