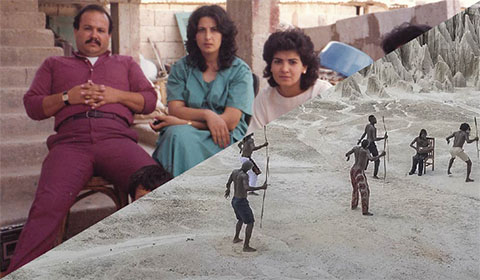 PARA LA DOS MEUS PASSOS + A WORLD NOT OURS

Beyond My Steps is a film that highlights various facets of the arts industry in Angola by focusing on contemporary dance. This documentary reveals the challenges that artists face and the never-ending determination they must have in a country where art is still undervalued. “I like to be in a place where people believe in what I do and I feel like a free citizen once again”, says Daniel Curti, one of the dancers. So too does Beyond My Steps highlight the city of Luanda at large. Seen through different lenses, the viewer gains an insight into a city that is capable of transmitting narrative through film.– Mirian Vanda & Fradique of Cine Geração

At Cine Geração we screen Angolan and African films, every Thursday, at 18:30, in the backyard of the Angolan independent production company Geração 80. The main goal of Cine Geração involves sharing and humanizing Angolan and African stories and integrating the community with the help of cinema. Cine Geração is also a way of networking with creative professionals in the film industry and other art fields - whether university students, aspiring filmmakers or cinephiles. At the end of each screening, we have an open mic conversation with the cast, the director, and/or crew of the film, either on site or via Zoom, or we simply showcase a short video with a message from the filmmakers. Cine Geração is a space where people learn from each other's stories, raising questions about the current state of cinema in Angola and the African continent. The program is curated based on a monthly changing theme.

In this important social documentary, Palestinian-Lebanese director Mahdi Fleifel uses amateur video footage inherited from his father as well as contemporary shots of life inside Ain al-Hilweh, the Palestinian refugee camp in Lebanon where he grew up. With his European exile comes the guilt of having to document what remains of existence when there is nowhere to call home. With a beautiful mix of tenderness and guerilla filmmaking, A World Not Ours is an unprecedented testimony of the Palestinian cause outside of the borders of Palestine. Cinema Akil hopes this film will be the starting point - or the continuation - of conversations and actions of solidarity with the people of Palestine.– Butheina Kazim, Khalid Al Sabi & Louise Malherbe of Cinema Akil

Cinema Akil is an independent cinema platform that brings quality films from across the world to the audiences in the UAE. Showcasing directors and filmmakers across the decades, Cinema Akil aims to create awareness and interest in film and the cinematic arts. Launched in 2014 as a nomadic cinema, Cinema Akil has held over 60 pop-up cinemas attracting over 65,000 attendees in Dubai, Abu Dhabi and Sharjah. In September 2018, Cinema Akil opened its first permanent location in Al Quoz, Dubai, making it the GCC’s first arthouse cinema. Cinema Akil is a member of the Network of Arab Alternative Screens (NAAS) which includes members from the MENA region such as Metropolis in Beirut, Zawya in Cairo and Cinematheque du Tangier in Morocco. 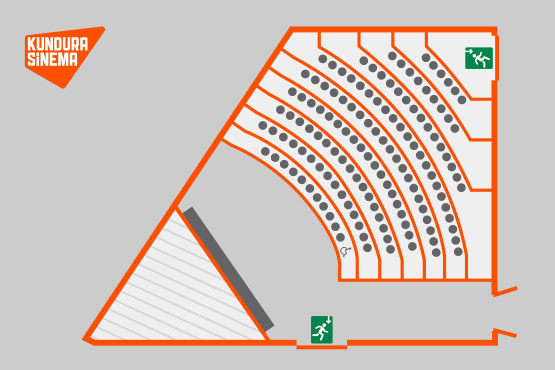