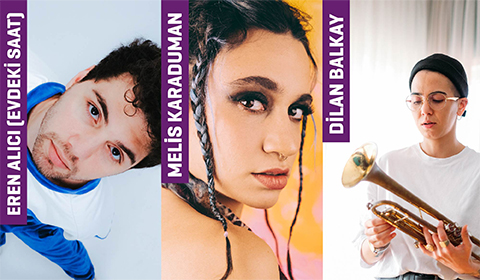 The program, organized in collaboration with one of Turkey’s leading music platforms Bir Baba Indie, will play host to young and unique musicians of the local music scene at Kundura Sahne with a promise of a good time where conversation and music will flow seamlessly.

Aspiring to create a contemporary Turkish musical memory in pursuit not only of the songs but also the inspiring stories of these young singer-songwriters, Bi’ Sahne, Bi’ Sohbet will provide the audience with a chance to listen to the acoustic versions of the artists’ popular songs and to get to know these urban bards closely.

Moderated by Cihad Satıroğlu and Ahsen Çamlıca, the guests of the first program are Eren Alıcı, aka Evdeki Saat, who after uploading his song “Biraz Olsun” on YouTube in 2014 drew significant attention and is known for his solo debut album “Bizi Orada Arama” released in 2017, as well as his singles like ““Dibi Ne Kadar”, “Hiç Uyanmasam”, “Sarmaşık” and particularly “Uzunlar” which has become a hit; multi-instrumentalist singer-songwriter Dilan Balkay who has accompanied several local bands and musicians such as Dolu Kadehi Ters Tut, Evrencan Gündüz, Can Ozan with her trumpet and powerful vocals and whose solo career took off in 2019 with singles “Bizi Bir Ettim” and “Derken”, followed by unique projects like ““Parçalanmadan”, “Hepsi Kafamda”, “Zor” and her critically acclaimed album of the year 2021 “Kuyu”; and Melis Karaduman who has sparked the public’s interest with her solo works “Anda”, “Zamansız” and “Maske” released in 2021 and with her powerful voice she lent to the R&B songs created in collaboration with musicians like Canay Doğan, Veys Çolak, Yaşar Görkem Arslan and Metehan, and whose success thrives with the EP “Sensus” and her single “Kadın” released this year.

The Ticket field is required

This event is not on sale 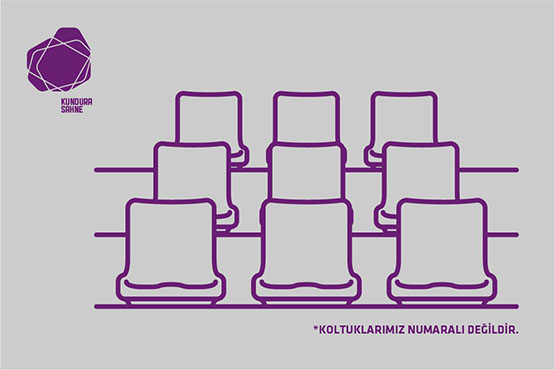